In the country’s first Prosima pelvic mesh trial, a Texas state court jury cleared Beck Redden clients, Johnson & Johnson and its subsidiary, Ethicon, Inc. of any liability. The 10-2 verdict rejected claims that the device was defectively designed and that the company did not adequately warn consumers of the potential risks.

After deliberating for nearly seven hours following a two week trial, Dallas County District Court jurors rejected plaintiff Carol Cavness’ claims that the Prosima device was defectively designed and provided inadequate warnings. Cavness had the device implanted in 2012 and says she has suffered debilitating pain and other medical problems since then. She asked jurors to award $9.56 million in actual damages and a substantial punitive damages award.

Johnson & Johnson has defended the effectiveness of its product and said it more than adequately warned doctors about the inherent risks of using the device. It said Cavness’ injuries are not the result of the Prosima, but instead were caused by a pelvic floor disorder that was triggered by the same on-the-job injury that initially led her to seek surgery for pelvic organ prolapse. 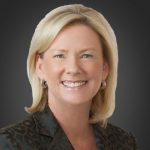