Beck Redden Appellate Partner Chad Flores has been selected to appear in the 7th edition of Benchmark Litigation, 40 & Under, the Guide to the nation’s most notable up and coming litigation attorneys in the United States. This is the second, consecutive year for Chad to receive this honor.

As lead appellate counsel, Chad has argued dozens of cases in federal and state appellate courts across the nation. He also provides strategic counseling in anticipation of appeal, such as in the jury charge and dispositive-motions contexts. Additionally, Chad litigates complex matters of constitutional and administrative law from inception. In this capacity, he recently represented commercial clients at both the trial and appellate levels in suits against federal and state officials concerning the United States Constitution’s First Amendment, Second Amendment, Fifth Amendment, and Commerce Clause, as well as the Administrative Procedure Act. 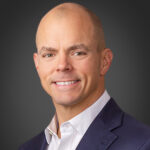