The dispute arose when Carmona, a stevedore at a port in Houston, was injured while unloading cargo off a ship. Foreign defendant Leo Ship Management employed the crewmembers but did not own the ship or control its itinerary. Carmona sued LSM for the negligence of its crewmembers. LSM moved to dismiss for lack of personal jurisdiction, arguing that presence of its crew in Texas was merely “fortuitous” because it “could not direct where [the ship] traveled, what it carried, or for whom it worked.” The district court agreed and dismissed all of Carmona’s claims.

In a published opinion authored by Judge Jerry Smith, the Fifth Circuit reversed the dismissal of Carmona’s claims based on the negligence of LSM’s crew while physically present in Texas. Siding with Carmona, the panel unanimously rejected LSM’s argument that lack of control over the ship’s itinerary precluded a finding of purposeful availment: “The location of the vessel was the product of neither compulsion nor surprise. Instead, with full knowledge of the intended destination, LSM deliberately permitted its employees to enter Texas.” Therefore, the panel concluded, LSM “may not now escape liability resulting from its considered commercial decision.”

Audio of the oral argument is available on the Fifth Circuit’s website here. 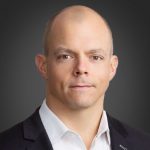