The Houston Business Journal (HBJ) has named Beck Redden a finalist in the 2022 Best Places to Work awards. This is the second year in a row that Beck Redden has received this honor! Out of 108 “best of the best” finalists, the Firm is recognized among 20 companies in the medium company category (50-99 employees) and is one of only two law firms featured in that section.

HBJ will reveal the final rankings and celebrate all companies on The Lists during an awards luncheon at the Marriott Marquis on October 28. The Firm will also be featured in a special section that will be published in the November 4 weekly edition of the publication.

Employees of nominated companies with at least 10 employees in Houston were surveyed by Nebraska-based Quantum Workplace. All employees were given the opportunity to take a confidential survey online, and Quantum issued each company a score based on employees’ answers. Employees evaluated their companies in areas such as goals and leadership, communication and support, advancement opportunity and skill development, recognition and compensation, tolerance and flexibility, and embracing innovation and ideas. Companies received scores up to 100, and Houston Business Journal, upon receiving the rankings from Quantum, decided a cutoff for The Lists. 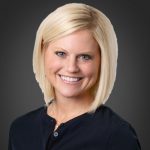