On November 9, 2017, in the case of Lankston v. Ethicon, Inc. et al., a jury found that Ethicon, Inc. was not liable for the injuries that a Texas woman blamed on the company’s pelvic mesh device and that there was no design defect.  The verdict in the U.S. District Court for the Southern District of Texas cleared Ethicon, Inc. of allegations that it defectively designed the so-called Gynecare TVT-Secur device, a “mini-sling” product used to treat female stress urinary incontinence.

Lankston sued in Ethicon in 2012, alleging the TVT-Secur with which she had been implanted in 2011 caused her to suffer pelvic pain, bloody urine, recurrent stress urinary incontinence and pain. She demanded damages in an undisclosed amount.

“I am extremely proud of the work that Beck Redden did on this case,” former Beck Redden partner, Kate Skagerberg said.  “Beck Redden has been working on this case since 2015, when it was released for discovery as part of the multidistrict litigation.  Beck Redden’s work during discovery laid the foundation for the evidence we were able to present at trial.”

“The jury’s decision in favor of Ethicon reflects the facts in this case,” Kristen Wallace, a spokeswoman for Ethicon, Inc. said in a statement following the verdict. “The evidence showed Ethicon’s TVT-Secur device was properly designed.”

Lankston’s case is one of nearly 27,000 Ethicon pelvic mesh cases that are pending in the multidistrict litigation at the U.S. District Court for West Virginia in front of District Judge Joseph Goodwin. It is the largest currently ongoing MDL.

There have been 13 Ethicon jury trials to date, resulting in eight judgments against and five judgments for the company, including last week’s verdict. Ethicon’s victories include two at the appellate level and the company said five other verdicts are still being appealed. 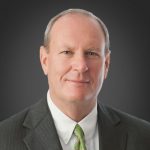