The case alleged violations of the Clean Air Act at ExxonMobil’s refinery, olefins plant, and chemical plant in Baytown, Texas.  Those three facilities operate as an integrated complex, the largest such complex in the United States.  Plaintiffs—two environmental advocacy groups—brought a citizen suit under the Clean Air Act.  Plaintiffs alleged in a three week bench trial that the Baytown Complex violated the Clean Air Act over an eight-year period through unauthorized air emissions and deviations of its federal operating permits. Plaintiffs sought $642 million in civil penalties, a declaratory judgment, injunctive relief, and the appointment of a special master to oversee operations at ExxonMobil’s Baytown facility.

The Court rejected all of Plaintiffs requested relief.  The Court found that, under the facts of the case, including ExxonMobil’s strong compliance history and substantial reductions in emissions during the time period at issue, no penalties or other relief was warranted.

By all accounts, this was the largest Clean Air Act citizen suit—in terms of civil penalties sought—ever taken to trial on the merits.

A team of Beck Redden attorneys tried the case on behalf of Exxon, with assistance from Keith Courtney of Winstead.

Environment Texas Citizens Lobby, Inc., and Sierra Club were represented by Josh Kratka, of the National Environmental Law Center, and David Nicholas, both from Boston, Massachusetts, along with Phil Hilder and William Graham of Houston, Texas. 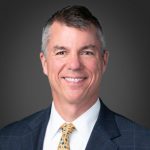