In re The Estate of Belton Kleberg Johnson

Beck Redden partner Troy Ford represented Laura Johnson, the widow of King Ranch heir B.K. Johnson, in a dispute over Mr. Johnson’s estate.  Mr. Johnson, who died at age 71 in 2001, left an estate worth between $40 million and $60 million. The majority of the estate was placed in a trust for Ms. Johnson.  According to the trust, upon her death, at least half of the money will go to charity, and the remainder to Mr. Johnson’s descendants or to charity. The trust provided that Mrs. Johnson would have that choice.

Mr. Johnson’s grandchildren filed suit asserting that they were entitled to a share of the estate based on the wording of Mr. Johnson’s will. Mrs. Johnson contended that the grandchildren had already been provided for by Mr. Johnson during his lifetime through the creation of a complex set of annuities created as part of his estate plan.

The parties appeared for trial and the case was resolved on favorable terms on the first day of trial. The case was styled Cause No. 2001PC1819; In re:The Estate of Belton Kleberg Johnson, Deceased; Sarah Spohn Klegerg Pitt, et al v. Laura Johnson, Individually and as Trustee of the Belton Kelberg Johnson 1997 Management Trust, et al; In the Probate Court No. 1 of Bexar County, Texas.

The case was handled by Beck Redden partner Troy Ford in the Houston office. The grandchilden were represented by Jim Hartnett of the Hartnett Law Firm and Jack and Dianne Lawter of Lawter and Lawter, LLP. 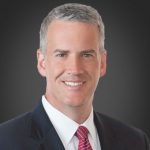