Appellate lawyer Kyle Lawrence successfully defended a $3.3 million judgment in favor of an injured plaintiff in an appeal to Houston’s First Court of Appeals. The decision provides important guidance about jury charge practice in personal-injury cases.

After being struck by an 18-wheeler attempting to reverse through a gate at a construction site, plaintiff Thomas Myers sued the company that employed the truck driver and a construction company whose employees were acting as “flagmen” to assist the truck as it reversed. A jury found both defendants negligent and awarded Myers damages. On appeal, the construction company argued that the evidence was insufficient to support the negligence finding and damages awards. 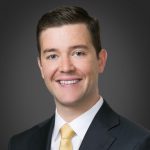