In November 2011, the Beck Redden appellate group was hired to defend a multi-million-dollar jury verdict in favor of an incapacitated adult who had suffered serious burn injuries after being abandoned during a fire at the residential facility where she was living in 2008. Little did we know it would be the beginning of a saga of seeking justice for our client that would last a decade.

After successfully persuading the trial court to enter a judgment for the full amount of the jury’s verdict, we were disappointed when the court decided to grant a new trial. We were even more disappointed when, prior to the beginning of that trial, one of the defendants tried to invoke the special protections granted to health care providers under Texas law – despite previously acknowledging that she was not a health care provider – and took an interlocutory appeal to avoid the trial. We defended that appeal and won, and then defended our victory in the Texas Supreme Court. See Uduma v. Wagner, No. 01-12-00796-CV, 2014 WL 4259886 (Tex. App.—Houston [1st Dist.] Aug. 27, 2014, pet. denied).

During the time that had passed while that appeal was ongoing, the law had changed in Texas with respect to orders granting new trials. After the appeal ended, therefore, we challenged the new trial order and won. See In re Wagner, 560 S.W.3d 309 (Tex. App.—Houston [1st Dist.] 2017, orig. proceeding). We defended that victory in the Supreme Court as well.

At that point, the trial court reinstated the judgment in favor of our client based on the original jury verdict. The defendants appealed, and we defended the jury verdict on appeal. On May 20, 2021, the First Court of Appeals upheld the judgment in its entirety. See Four J’s Community Living Center, Inc. and Anthonia Uduma v. Wagner, No. 01-19-00346-CV (Tex. App.—Houston [1st Dist.] May 20, 2021). Thus, nearly a decade after being engaged, we have succeeded in defending the judgment and we are close to attaining justice for our client.

The battle is not done. In the years that have passed, we are concerned that the defendants may have taken steps to transfer their assets, so along with our co-counsel, Lee Thweatt of Terry & Thweatt, we are actively prosecuting a fraudulent transfer case to chase the assets. We will not rest until our client’s victory is complete and her security is assured.

The case has been handled by Beck Redden appellate partner Russell Post with the assistance of appellate associate Parth Gejji, along with many prior colleagues and co-counsel who have contributed mightily through the years. 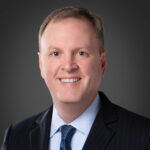 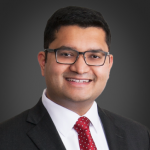