Beck Redden LLP is pleased to announce that David J. Beck has been appointed by Governor Greg Abbott to chair the newly formed Texas Commission on Judicial Selection. The 15-member Commission is comprised of four State Senators, four members of the Texas House of Representatives, two former Chief Justices of the Texas Supreme Court, and others. It is charged with evaluating the merits of alternative methods of judicial selection, and to produce findings and recommendations for reform to the Legislature by December 31, 2020.

David J. Beck founded Beck Redden LLP in January 1992. He previously served as President of the State Bar of Texas (1995-96) and President of the American College of Trial Lawyers (2006-07). He has been included in The Best Lawyers in America for over thirty years, and he has been named by the National Law Journal as one of the top trial lawyers in the country. He has been consistently listed by Thomson Reuters as a “Top 10 Super Lawyer” for Texas (2003-19). He received the American Inns of Court Professionalism Award at the Fifth Circuit Judicial Conference in May 2011, an award given each year, on a federal circuit basis, to a lawyer or judge whose life and practice display sterling character and unquestioned integrity, coupled with ongoing dedication to the highest standards of the legal profession and the rule of law.

In 2016, he received the Luke H. Soules III Award for Excellence in Litigation by the State Bar Litigation Section, and the 2016 Good Apple Award by Texas Appleseed for, among other things, strengthening Texas’s legal profession. In 2019, he received the Outstanding Law Review Award from the Texas Bar Foundation for his co-authored article “Legal Malpractice in Texas”, published in 70 Baylor Law Review 213 (2018). 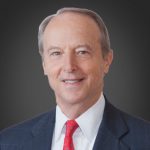 The Center for American and International Law Honors David J. Beck with Award for Achievement in the Pursuit of Justice for All