Knowledge of False Label Does Not Flush Standing for Injunction

A previously deceived consumer has Article III standing to seek an injunction against future false advertising, according to the U.S. Court of Appeals for the Ninth Circuit, resolving a split among district courts applying consumer protection laws. Although the plaintiff believed that the wipes the defendant had marketed as “flushable” were not actually suitable for disposal down a toilet, the court of appeals held that the plaintiff nevertheless had standing to seek an injunction.

In Davidson v. Kimberly-Clark, the plaintiff filed a class action lawsuit in state court, alleging violations of multiple California consumer protection statutes and seeking monetary and injunctive relief. The defendant removed the case to federal court pursuant to the Class Action Fairness Act (CAFA) and moved to dismiss. The U.S. District Court for the Northern District of California dismissed the plaintiff’s claims for injunctive relief, reasoning that the plaintiff did not intend to purchase the same wipes in the future and therefore had no risk of future harm and no basis to enjoin the defendant from continuing to market the wipes as “flushable.”

Excerpted from the ABA Litigation News.

Geoff A. Gannaway is a contributing editor for Litigation News. 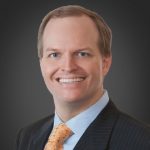