In 2014, Houston-based SandBox Logistics retained Illinois-based Arrows Up LLC to design a plastic fracking sand container. Little did either party know that the simple business deal would result in a contentious legal battle that is just getting started despite a four-week jury trial that has already occurred.

Last Thursday, Arrows Up took its first step to fight a $49 million judgment against it when it asked Houston District Judge Steven Kirkland for a new trial against its former client.

The filing comes a month after Judge Kirkland affirmed a jury verdict that found Arrows Up and its CEO, John Allegretti, wrongfully used information that SandBox provided under a non-disclosure agreement to design their own fracking sand container now competing with SandBox’s products.

If it does not have luck with its motion for a new trial, Arrows Up is expected to appeal the final judgment.

Beck Redden partner Matthew Whitley, who represented SandBox at trial, said his client and his firm’s trial team “were very happy with the jury’s verdict and the final judgment entered by the court. The result was consistent with the evidence presented at trial and the applicable law, so we look forward to defending the judgment on appeal.”

Whitley said several jurors told his team after the four-week trial that “they did not believe Arrows Up’s witnesses told the truth” when they testified.

“For example, they pointed out how Arrows Up’s CEO had ‘photoshopped’ SandBox’s logo out of pictures of SandBox containers, and then he told customers that the altered images depicted Arrows Up’s original container design,” Whitley said. “That evidence of Arrows Up’s behavior seemed to resonate with the jurors who spoke to us.”

Excerpted from The Texas Lawbook. Download the full article below. 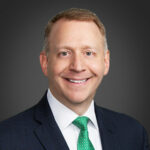