Beck Redden LLP is pleased to announce that Partner Tom Ganucheau has been elected President of the National Foundation for Judicial Excellence (NFJE), succeeding Laura E. Proctor. Tom has been an active NFJE member for many years, serving on the Board of Directors since 2014, and previously serving on the Executive Committee, Development Committee, and Nominating Committee, as well as serving as Editor of the Judicial Excellence newsletter. In addition to his involvement in the NFJE, Tom is an active member of the bar, serving as a Texas State Representative of the Federation of Defense & Corporate Counsel, Southwest Region District Chair of the Association of Defense Trial Attorneys, and an active member of the International Association of Defense Counsel.

“It is an honor to be elected President of the National Foundation for Judicial Excellence. A well-educated and informed judiciary helps to ensure fairness for all engaged in the judicial process, and is in the best interest of everyone involved in our civil justice system. The NFJE strives to strengthen and preserve our civil justice system, and I am honored to be a part of that effort.” – Tom Ganucheau

The NFJE is a 501(c)(3) charity, dedicated to strengthening and preserving the civil justice system. Its mission is to address important legal policy issues affecting the law and civil justice system by providing meaningful support and education to the judiciary, by publishing scholarly works, and by engaging in other efforts to continually enhance and ensure judicial excellence and fairness for all engaged in the judicial process. To carry out its mission, NFJE hosts an Annual Judicial Symposium each summer. In addition, NFJE publishes scholarly works and engages in other activities to continually enhance the rule of law and the administration of justice. The NFJE relies entirely on donations to accomplish its mission. For more information or to support NFJE, please log on to www.NFJE.net. 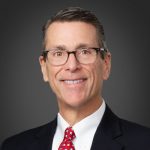