Litigators are well aware of the “general rule” that only final judgments are appealable. While not a true “appeal,” the availability of review of an (often interlocutory) order at an appellate court through mandamus is often an exception to that “general rule.”

As the Texas Supreme Court recently noted, Texas law now permits interlocutory appeals in seventeen circumstances. See Industrial Specialists, LLC v. Blanchard Refining Co. & Marathon Petroleum Co., No. 20-0174, __ S.W.3d __, Slip Op. at 5 (Plurality). One of those seventeen avenues—permissive interlocutory appeals—is paradoxically both broadly available and often illusory. If a trial judge or appellate court does not want the appeal to go forward, the appeal is largely unavailable. If those judges do wish to permit one, however, there are few limits to its availability. The only statutory requirements are that “(1) the order . . . involves a controlling question of law as to which there is a substantial ground for difference of opinion; and (2) an immediate appeal from the order may materially advance the ultimate termination of the litigation.” Tex. Civ. Prac. & Rem. Code § 51.014(f).

In Industrial Specialists LLC v. Blanchard Refining Co., the Texas Supreme Court had the opportunity to determine whether a “court of appeals abused its discretion by refusing to accept” a permissive interlocutory appeal. Slip Op. at 6 (Plurality). The Court also examined whether the court of appeals “fail[ed] to adequately explain its reasons for that decision.” Id.

The Court split in answering these questions. The opinions on the two issues were relatively straightforward and, although they may not provide particularly ground-breaking guidance to appellate practitioners on predicting when a permissive interlocutory appeal may be successfully attained, they do provide thought-provoking insights into possible future developments that might provide more predictability as to the circumstances in which permissive interlocutory appeals may be attained.

A majority of the justices confirmed the general principle that, as long as the statutory requirements are satisfied, “the statute then grants courts vast—indeed, unfettered—discretion to accept or permit the appeal.” Slip Op. at 8 (plurality); see Slip Op. at 1 (Blacklock, J. concurring) (“discretion is absolute”). Furthermore, even a relatively conclusory opinion was sufficient. In fact, the concurring opinion by Justice Blacklock believed that the “written opinion” requirement imposed on the courts of appeals by the appellate rules of procedure doesn’t apply to a decision to decline a permissive interlocutory appeal. Slip Op. at 4 n. 2 (Blacklock, J. concurring).

II. The Supreme Court notes a reluctance to granting permission for an interlocutory appeal.

The reasoning given in these opinions, however, gives insight to appellate practitioners that change may be coming. The plurality opinion could easily be read to express frustration that the court of appeals at issue did not accept more permissive interlocutory appeals. Consider the following language:

The court denied permission in eight of the nine cases, twice incurring a dissent from denial of rehearing and tellingly published an identical typographical error . . . in four of those eight orders.

Justice Busby, dissenting from the opinion, noted with concern that “courts of appeals continue to deny the vast majority of permissive appeals—and they do so without giving any explanation of the reasons for their actions.” Slip Op. at 4 (Busby, J. dissenting). He believed that the other opinions “sound a retreat on all these fronts today, allowing courts of appeals to avoid hearing permissive appeals at their pleasure and with no explanation so long as their standard-form denials recite the following pass-phrase: ‘the petition fails to establish each requirement.’” Id. at 1-2.

Nonetheless, the plurality said that the Court’s previous injunction (in Sabre Travel Int’l, Ltd. v. Deutsche Lufthansa AG, 567 S.W.3d 725, 730 (Tex. 2019)) was not mandatory—it was a “warning . . . issued to ‘caution,’ not to command.” Slip Op. at 14 (plurality). For Justice Busby, the plurality opinion renders that admonition nothing more than “finger-wagging.” Slip Op. at 4 (Busby, J. dissenting).

The remainder of the opinions provide insight into considerations that are likely to result in discussion in the coming years about ways to provide more certainty to the circumstances in which permissive interlocutory appeals will be granted. In fact, the plurality opinion specifically referenced that the Court “could, perhaps, impose stricter requirements by amending our rules . . . .” Id. at 14. Others thought the decision to change the permissive interlocutory appeal system should rest with the Legislature. Slip Op. at 2 (Blacklock, J. concurring).

The opinions did not give many concrete examples of what changes could be imposed. The plurality stated that the Court “may consider amending rule 47 to revise its requirements” to require a court of appeals to explain why it is denying review. Slip Op. at 17 (plurality). Of course, this rule alone wouldn’t give practitioners—or trial judges—immediate guidance to allow them to predict when the court of appeals would accept a permissive interlocutory appeal.

While this change wouldn’t immediately give guidance as to when a permissive interlocutory appeal would be granted, Justice Busby, in dissent, did indicate some possible long-term benefits of such a rule. He wrote that a more-developed written opinion would help “develop the jurisprudence regarding nonarbitrary reasons why permissive appeals should be accepted or denied in order to supply guidance and promote comparable outcomes in future cases.” Slip Op. at 4 (Busby, J. dissenting). “Requiring courts of appeals to explain their permissive appeal rulings would also develop Texas jurisprudence regarding why such appeals should be accepted or denied, providing guidance for future courts and fostering comparable outcomes in similar cases.” Id. at 22-23. Such a rule could also provide guidance in further rulemaking regarding when permissive appeals should be granted or denied.

At the same time, courts of appeals could voluntarily give more reasoning when accepting or declining permissive interlocutory appeals. No rule prevents them from doing so. Courts and their staff, however, also have a significant workload to handle already—so it is understandable why they may not wish to voluntarily impose upon themselves a greater burden then necessary.

IV. Reasons to grant or deny review under the current law.

1. “First, the parties may dispute whether the trial court followed the requirements for an order granting permission to appeal.” Slip Op. at 6 (Busby, J. dissenting).
2. “Second, there may be a question about whether the appellant timely filed a petition for permission to appeal the order.” Id. at 7 (citing Tex. Civ. Prac. & Rem. Code § 51.014(f); Tex. R. App. P. 28.3(c)-(d)).
3. Third, the parties may dispute the two statutory “minimum requirements that must be met before the court of appeals may accept an appeal permitted by the trial court . . . .” Id. at 7-8.
4. “Fourth, if section 51.014(d)’s requirements are met, the court of appeals can decide whether it wishes to exercise its discretion to accept the appeal.” Id. at 8-9. Of course, “the statute offers little guidance to courts regarding which appeals to accept,” id. at 9, so practitioners must use their advocacy skills to persuade a court why it should exercise its discretion one way or another under the circumstances of that case. 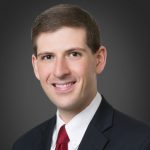 Transfers Between the Texas Courts of Appeals