Garrett S. Brawley has been selected to join the Texas Young Lawyers Association (TYLA) Board of Directors as the ABA-YLD District 25 Representative for South/Central Texas.

TYLA is a department of the State Bar of Texas, in which all Texas lawyers licensed twelve years or less are members. It is commonly referred to as the “public service arm” of the State Bar of Texas. TYLA’s primary purposes are to facilitate the administration of justice, foster respect for the law, and advance the role of the legal profession in serving the public.

As a member of the TYLA Board, Garrett will work to further this mission. In addition, as the ABA-YLD Representative on the TYLA Board, Garrett is in charge of coordinating the delivery of disaster legal services after any natural disasters within South/Central Texas through the American Bar Association-Young Lawyer Division’s (ABA-YLD) Disaster Legal Services program by coordinating with local legal service providers, national voluntary agencies like the Red Cross, and the Federal Government (FEMA) in times of crises.

“As a first generation college graduate and lawyer, I look forward to using my position to facilitate TYLA’s continued support of first generation lawyers as they navigate the practice of law and further TYLA’s mission of public service.” 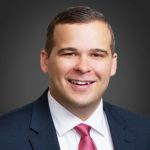